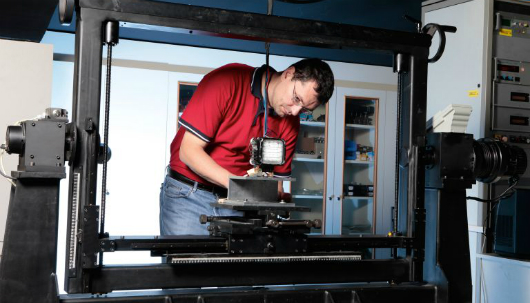 The IES (illumination Engineers Society) released in 2008 a standard for testing amongst other things, the total luminous flux of LED fixtures.

Currently there is no universally recognised standard for measuring the photometric properties of solid state (LED) lighting. This has resulted in many manufacturers and resellers using theoretical data (e.g. Raw lumens) which offers no actual useful comparison data for the purchaser, who is either unaware or unable to calculate the actual light output taking into account optical, electrical and thermal losses. The IES (illumination Engineers Society) released in 2008 a standard for testing amongst other things, the total luminous flux of LED fixtures. This publication appears to be the front runner in becoming the benchmark standard in testing solid state luminaire photometric, and has been adopted by most top tier manufacturers, including HELLA Mining. In simple terms, the test will determine the effective light output of a Luminaire, ideally using specialised photometric equipment in a NATA accredited laboratory. For the purpose of this comparison, only data obtained using the LM-79-08 standard is utilised.

The correct way to measure the light output of head- and worklights is usage of a Goniometer. This instrument measures defined sphere angles, normally 90 degree in all directions (a half sphere). As a result we get the nominal illumination values of all detected section angles. With our software =>Helios” we analyse the measured values and generate the correct lumen output. All measurements are performed at an ambient temperature of 23°C. The light output is measured after thermal stabilisation time of the light unit after 30 minutes in function, the LEDs have then reached their operating temperature.