With the above-mentioned vehicles it can happen that, when the weather is extremely damp or humid and when a journey is particularly long, the air-conditioning system will only blow out warm air.

If the air-conditioning system is switched off for 10-15 minutes, it will then function normally again for a certain amount of time.

An incorrectly sealed evaporator temperature sensor is the possible cause.

The evaporator can freeze up because of air infiltrating and the resultant faulty measured values.

To remedy the problem, the temperature sensor, which, for example, in the E90/91/92 is accessible from the front passenger footwell, should be removed and sealed. The cover below the glove compartment is
first to be removed
(Figure 1). The sensor, located on the right side of the evaporator box, can now be seen (Figure 2).

Then proceed as follows: 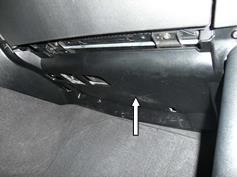 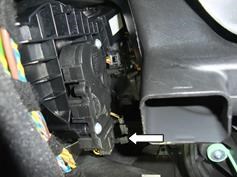 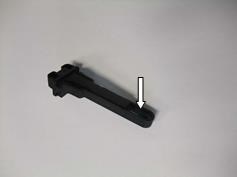 Important safety notice
The following technical information and tips for practical use have been set up by HELLA in order to offer professional support to automotive workshops in their daily work. The information available here on this website is only to be used by appropriately trained specialist staff.

The reprinting, distribution, reproduction, exploitation in any form and disclosure of the contents of this document, even in part, is prohibited without our express written approval and indication of the source. The schematic illustrations, figures and descriptions are for explanation and presentation of the document text and cannot be used as a basis for installation or design. All rights reserved.