Change to the Management Board at Hella Pagid GmbH

07/10/2017
07/10/2017
Essen, May 2, 2017. As of May 1, 2017, Henning Schröder (40) is the new managing director of the HELLA Inc. sales company and the aftermarket manager of the North and South America sales region in the USA and as thus leaves Hella Pagid GmbH. "I fondly look back at the over five years I spent working at Hella Pagid. Having the opportunity to be present from the founding of the company, through to the starting phase all the way up to today was an exciting time for me, and I also learned a great deal. Now I look forward to meeting new challenges abroad," affirms Henning Schröder.

Lars Brylka (41), who shared the position of managing director with Henning Schröder, became the sole managing director of the company. "Henning Schröder was involved with Hella Pagid from the very start and greatly contributed to the successful development of the company. On behalf of the entire organization, I would like to thank Mr. Schröder for his very high level of commitment. We also wish him all the best in his future endeavors and look forward to continuing the collaborative work experience," comments Lars Brylka.

In addition to his role as managing director, Henning Schröder was also the sales director of Hella Pagid GmbH. Noël Caillat (40) will be following in his footsteps starting September 1, 2017. "Noël Caillat is nothing short of an internationally successful colleague who will soon be a key member of the Hella Pagid management board", states Lars Brylka. "His many years of experience working at the HELLA parent company has allowed him to build a large network in the Group as well as in the industry." Noël Caillat was last employed by the HELLA Nordic Forum wholesale organization in Copenhagen, where he was involved in product management and purchasing. 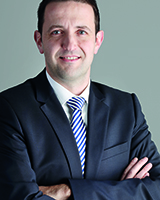 700
Article-Download
Press release, PDF (0.04 MB)
07/10/2017
Contact
Dr. Markus Richter
Company Spokesman
Rixbecker Str. 75
59552 Lippstadt, Germany
Tel.: +49 2941 38-7545
Fax: +49 2941 38-477545
Markus.zwhq@dqayRichter@hella.com
07/10/2017
You accept the required cookies by using the website and its features and continuing to navigate around it. You can manage cookie categories and accept additional categories under Cookie Consent Options. By clicking on the “Accept” button, all categories of cookies are accepted. You can withdraw your consent at any time with future effect. You will find further information in our Privacy Policy.
Cookie Consent
We use the following categories of cookies on our website:
Required cookies are needed to provide you with basic functions during use of the website.
${description}