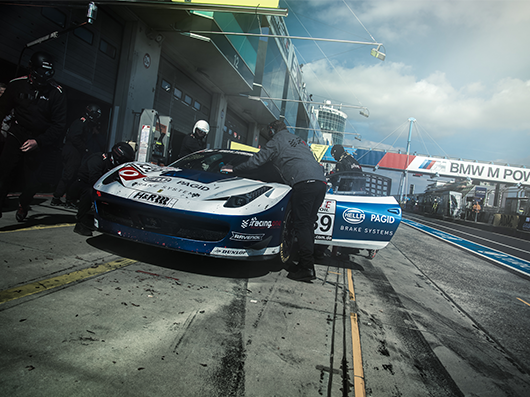 As a main sponsor, all race cars of Racing One team will be adorned with HELLA PAGID logos. In this season, the team will be fielding a Ferrari 458 GT3 in the VLN, two AUDI RS3 TCR LMSs in the ADAC TCR Germany, and two AUDI R8 GT4 LMSs in the GT4 European Series.

HELLA PAGID is looking forward to a rewarding partnership and successful racing season with Racing One team.