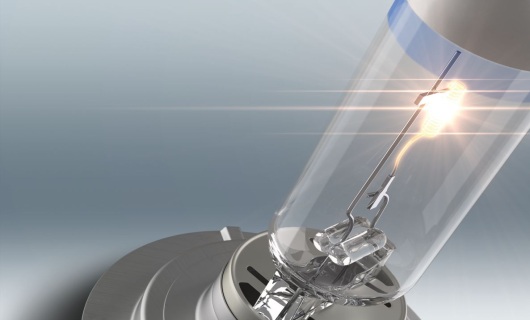 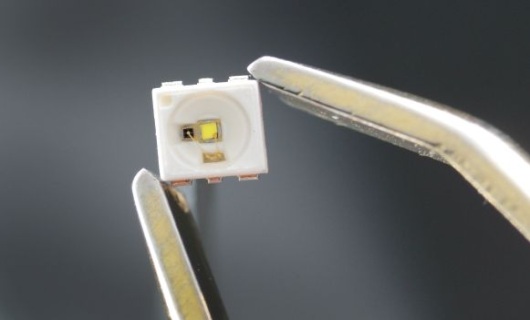 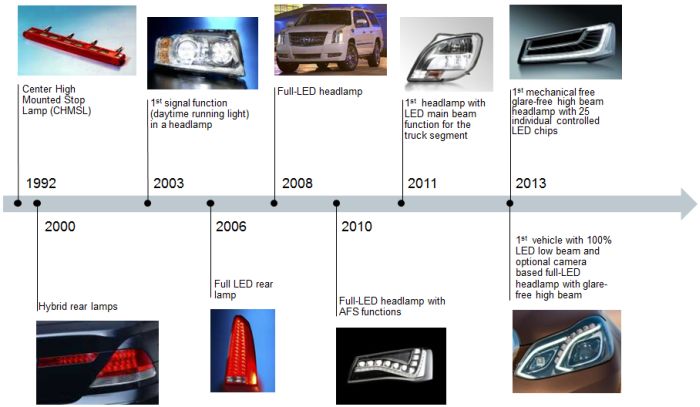 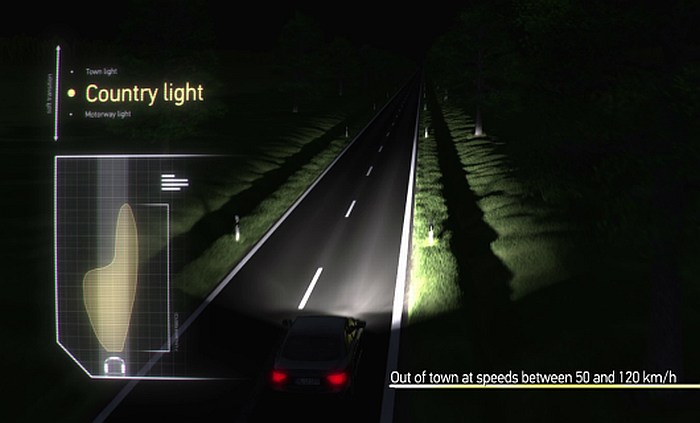 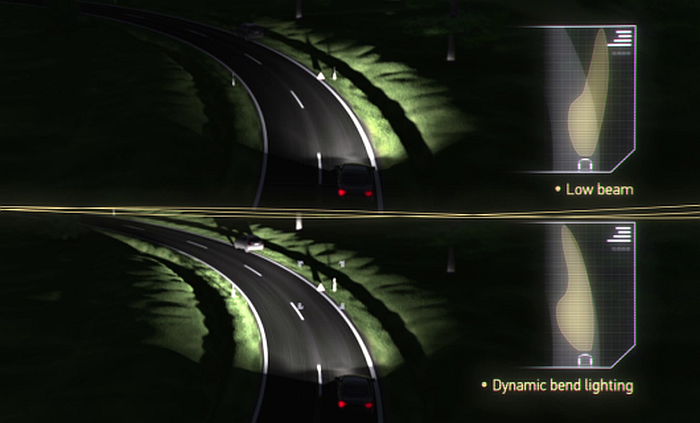 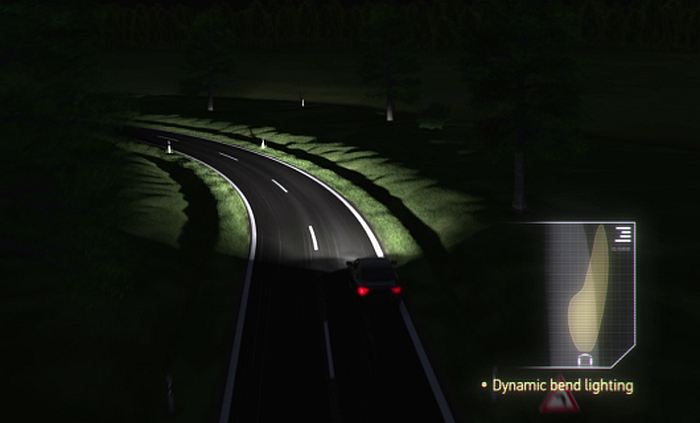 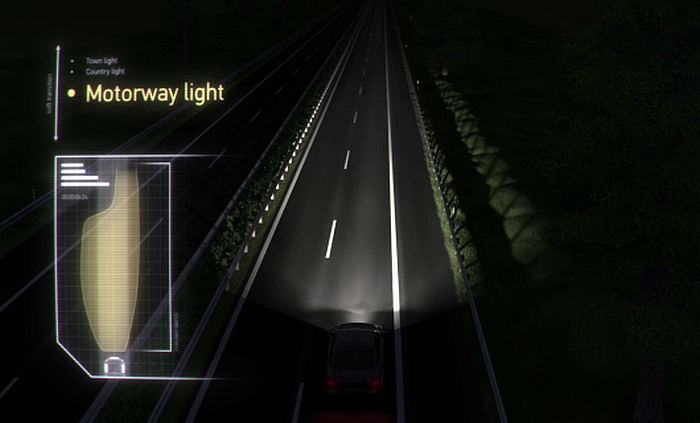 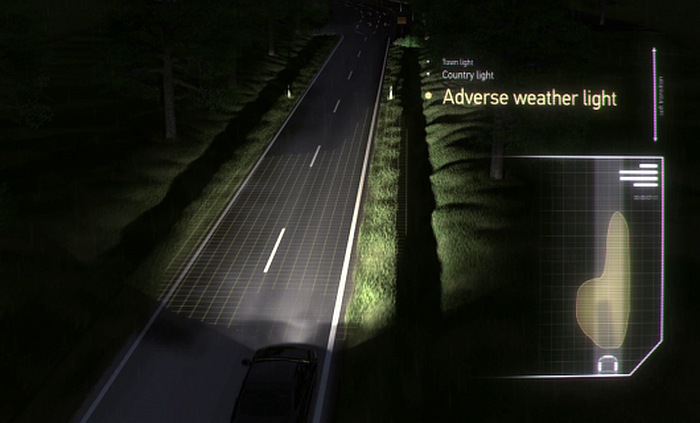 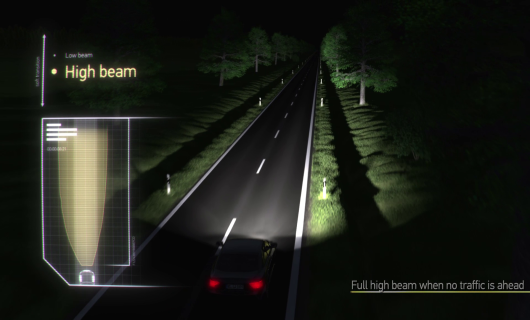 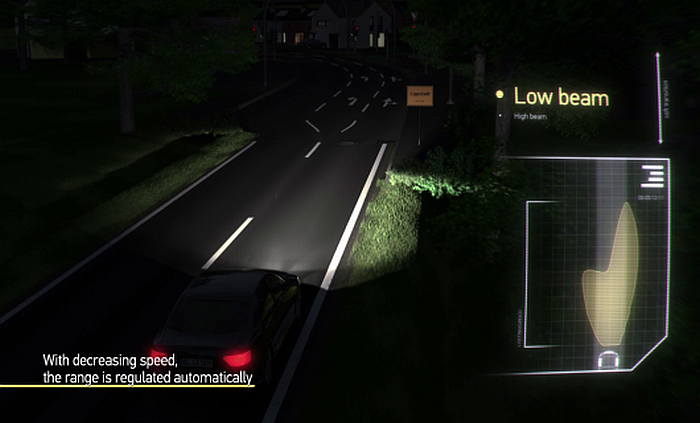 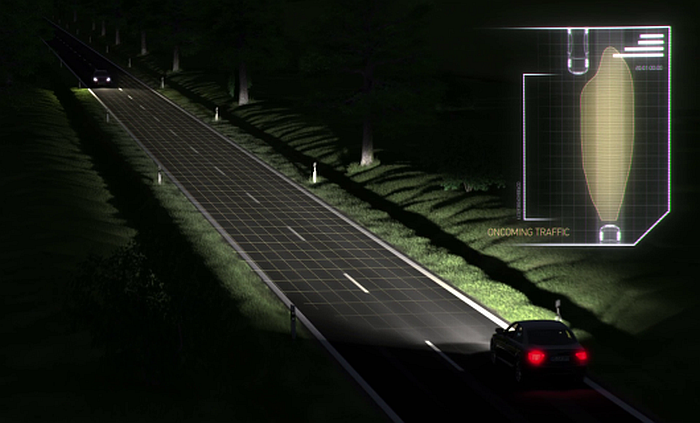 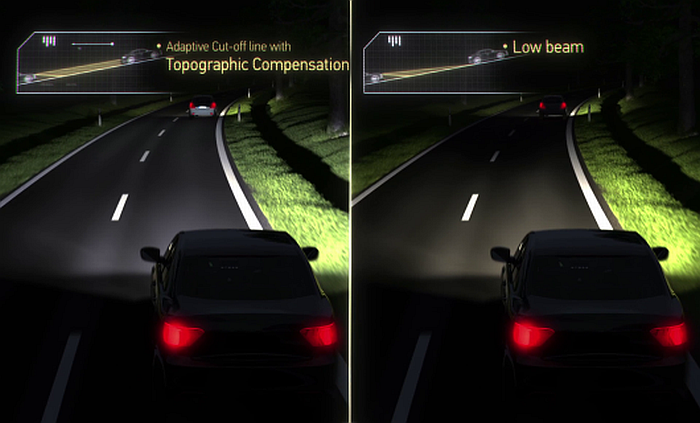 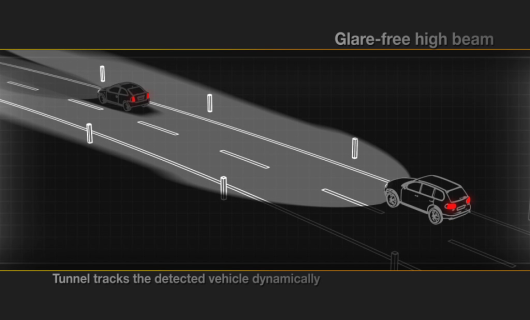 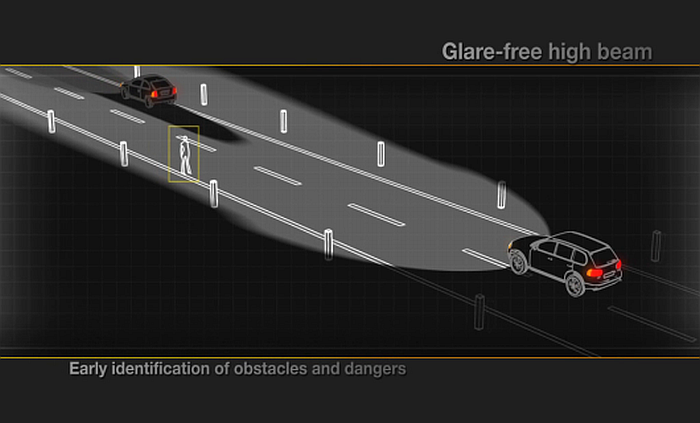 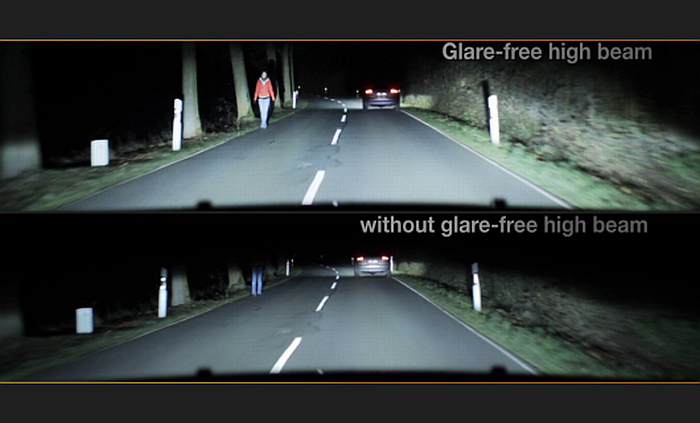 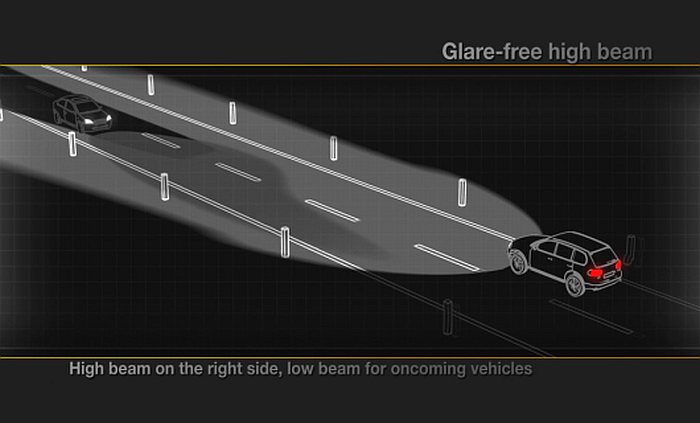 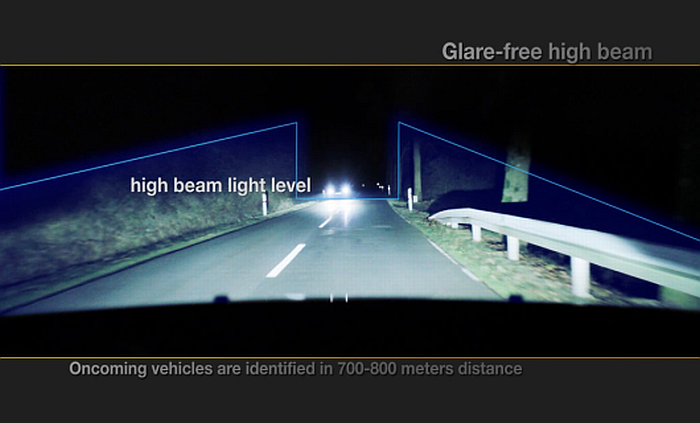 The heart of the Matrix LED headlights is the mechanic free glare-free high beam. This allows the driver to travel in his vehicle with a permanent high beam without risk of dazzling oncoming traffic or any preceding vehicles. By means of a camera, oncoming and preceding traffic are detected and then, by the shutting down or dimming of individual LEDs, these vehicles are blanked out of the field of high beam light distribution in real time. The implementation of Matrix technology allows, for the first time, several tunnels to open simultaneously. One example of this is the scenario where several oncoming vehicles are driving one behind the other. While these are “masked out”, the high beam continues to illuminate all the areas between the vehicles and to the right and left of them at full power. As soon as no vehicle is any longer in the driver’s field of vision, the system once again reverts to full high beam lighting. In addition to the specific masking out of other vehicles, the light cone of the Matrix high beam also adapts to the driving situation, for instance in the case of negotiating bends when the dynamic bending light function is required. In such a situation, the intensity of the light cone can be varied on the sides or it can be focused on the middle of the road. Consequently the driver’s visibility at night improves dramatically while, at the same time, the risk of dazzling oncoming traffic is eliminated.

Such a function is technically possible thanks to the splitting up of the high beam into five reflectors, each one having a chip containing 5 LEDs. For the first time ever, the lighting expert, HELLA, has now succeeded in operating every LED on the 5-segment chip separately, whereby a total of 25 LEDs per headlight can be operated on full power or lowered as and when required.