R… what? Workshop information on refrigerants

Different refrigerants
R134a, R1234yf, R744: all names for different refrigerants. And with all those cryptic abbreviations, it is easy to lose track as a workshop: what's behind all this? Which refrigerant can and may be used? And what do you need to know as a workshop?
A few laws changed over recent years in particular. Here is a short summary and explanation of what you will need to know as a workshop. So you can always keep a cool head!
Until recently, R134a was the most popular refrigerant used for vehicle air-conditioning systems. It is an established and easily usable agent with good refrigeration powers.

Environment first
But as you know, the topic of environmental protection is playing an ever-greater role especially in the automotive sector (even before the Diesel scandal...).
The GWP (Global Warming Potential) of R134a is 1,430 and, therefore, high -- a real climate killer!
With the current EC Directive 2006/40/EC it was decided at a European level to only allow refrigerants with a GWP of less than 150 in the future. This means the end of R134a in the medium term.
Air-conditioning systems in vehicles of class M1 (passenger cars, vehicles with up to 8 passenger seats) and class N1 (commercial vehicles with a permissible total weight of up to 3.5 metric tons) for which a type approval was issued within the EU as of January 1, 2011, can no longer be filled with respective air-conditioning systems. Since January 1, 2017, the use in newly registered cars is generally prohibited.

The natural alternative
Naturally occurring carbon dioxide (R744) has recently been used as additional alternative refrigerant: this is considered to be particularly environmentally friendly and exhibits a very low, environmentally-friendly GWP value of just 1. However, the thermodynamic properties of R744 fundamentally differ from the chemical alternatives R134a and R1234yf used until now. For operating efficiently, very high pressures (up to 10 times higher) inside the air-conditioning system are necessary -- and this is also the reason why existing systems cannot be simply operated with, or retrofitted to, R744. So far, there are only few vehicles with R744 air-conditioning systems -- but because of its' good climate profile, this might change in the future. If you regularly deal with air-conditioning systems of different vehicle models, advanced training will make sense!

A lot of additional information on refrigerants and the right filling quantities for different vehicles can be found in here.

One job, one passion, one world: this is the motto of the 2019 Workshop Calendar. Get exclusive insights into the photo shooting sessions.

Here you will find the new intelligent HELLA lighting concept for the Audi A8. The topic of refrigerant makes you break out in a sweat? We are here to help! 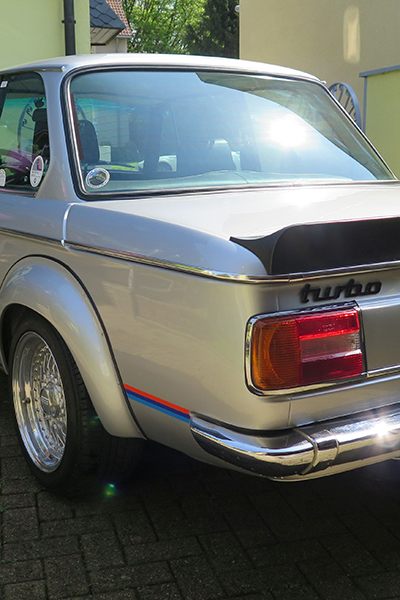 A Bavarian in the "Ruhrpott" Nostalgia

The BMW 2002 turbo owned by Joachim Reimer is probably one of the most beautiful specimens of the rare sports sedan from Munich.