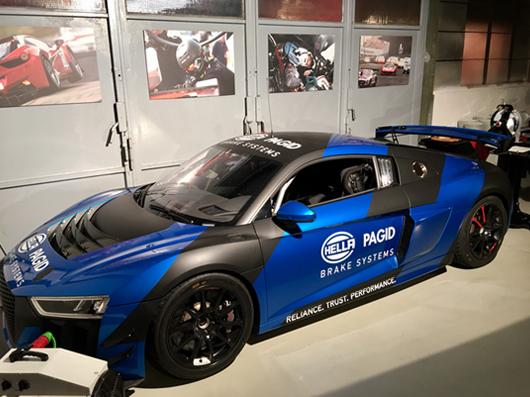 In the 2019 season, Essen-based brake specialist HELLA PAGID will remain the main sponsor of the Andernach-based racing one motorsport team. This is the second time in a row that HELLA PAGID has supported the team.

In 2018, racing one continuously delivered top-level performance in the VLN Endurance Racing Championship Nürburgring, the ADAC TCR Germany and the GT4 European Series. "The partnership also increases the international brand awareness of HELLA PAGID," states Krämer. In view of the overwhelming success achieved in the 2018 season, HELLA PAGID continues the joint partnership with racing one in 2019.

In the 2019 season, the motorsport team will once again compete in the VLN Endurance Racing Championship with the well-known Ferrari 458 GT3 in the SP8 class, which the team won unchallenged in the 2018 season with nine start-to-finish victories from nine races.

HELLA PAGID is looking forward to another successful racing season with Racing One team again.