Electromobility in agriculture: application possibilities and opportunities for the future 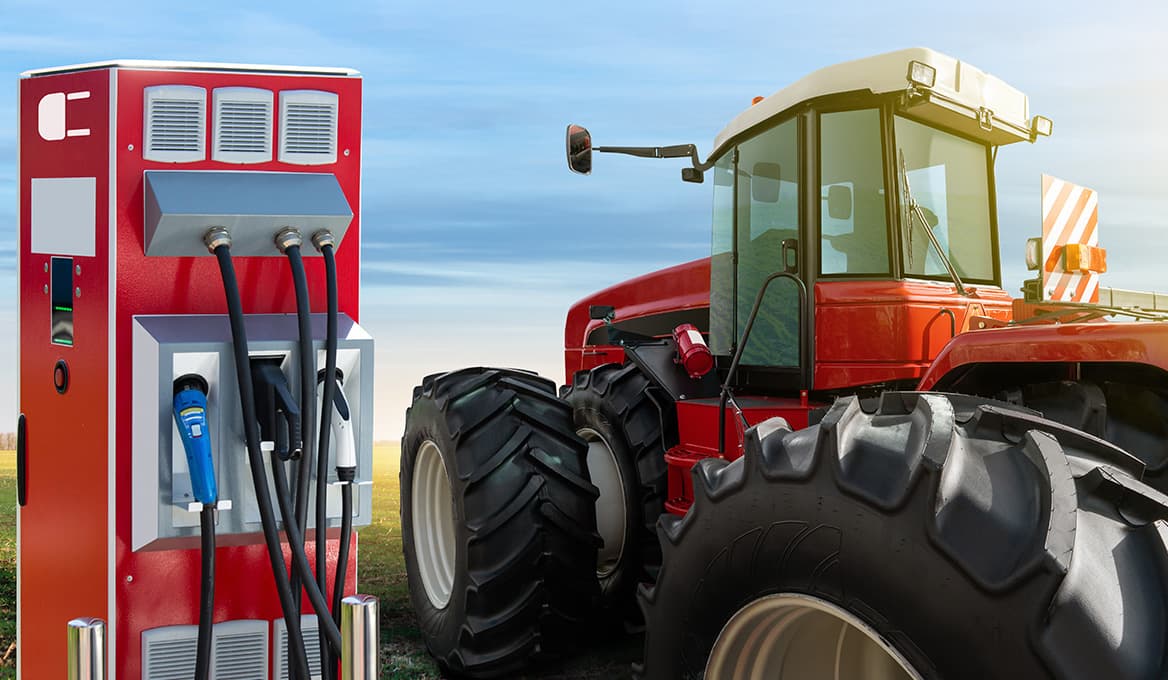 Electromobility in agriculture: application possibilities and opportunities for the future

For decades many farms and agricultural operations have been confronted with this challenge all too often: under the pressure of high prices, they have to work economically while simultaneously juggling climate protection and animal welfare. Added to this is society's desire for even more sustainability. But it is a fact that many farmers are already producing electricity and heat from renewable energies and thus contributing not only to climate protection but also to their own energy supply. This self-produced electricity is increasingly used for electrically powered mobility applications: however, in addition to the many challenges present, electromobility itself in agriculture is also faced with limitations at the moment.

By means of modern and often large-scale photovoltaic systems, many farmers have long been producing their own electricity. In addition to extra turnover brought about by feeding electrical power into the energy grids, a further advantage is achieved: the more independent farmers are as regards energy, the more control they have over their energy costs.

A large part of the self-produced energy is used for the supplying of electricity for the house and stable – but also for the running of electrically powered vehicles. In recent years, more and more farms have acquired an electric car with a charging station or a Wallbox. This comes as no surprise as most countries in the EU promote e-cars or charging stations, and indeed sometimes with generous subsidies. In the meantime, there are also numerous areas of application for electrically powered vehicles in the so-called smart indoor farming economy. For yard loaders and wheel loaders, for example, which are used in and around the stables, electric drives are a good choice. Their locally emission-free and virtually silent drive benefits the health of animals and, of course, that of humans. Above all, the stress level of particularly noise-sensitive animals such as horses or chickens is significantly reduced. And if the yard loaders are mainly used for routine work carried out during time spent in the stables, there is enough time to recharge the batteries.

When it is a question of heavy agricultural machinery, the diesel engine remains the drive of choice. At least for the foreseeable future. This is primarily because of the way in which such machinery is operated: tractors are used for many hours at a stretch, especially for complex field work; they need a lot of power and consequently a great deal of energy. This is also confirmed by Roger Stirnimann, lecturer in agricultural engineering at the Bern University of Applied Sciences in Zollikofen/Switzerland. In his opinion, all-electric concepts are hardly compatible with the classic areas of application for tractors because the power requirements are usually high and the operating times long. The still relatively long charging times also present another hurdle that has to be overcome. And there is yet one more factor in the equation: while heavy agricultural machinery is large, it is not nearly large enough to accommodate battery systems weighing several tonnes.

Is there a future for electric drive concepts in agriculture?

Would hybrid tractors be a possibility? Hardly, as Roger Stirnimann emphasises: "In heavy pulling work in the fields, for example, a hybridised tractor could hardly benefit from the hybrid function of "recuperation". Even when it comes to transporting jobs, only minor efficiency benefits are likely to be gained.

And yet agricultural machinery manufacturers are carrying out research on electric drive concepts. Also because battery technology is constantly evolving. A leading developer in the industry can at the moment only imagine e-drives in compact tractors. His example calculation: with a tractor having a rated power of 250 hp, an operating time of ten hours and a load of 50 per cent, the battery would already have to have a capacity of one megawatt hour. And according to the developer of a leading agricultural machinery manufacturer, these would not even be the largest tractors. "Something like this is not imaginable today or in the near future. And even if it were technically feasible – no farmer could afford the currently high costs for such super batteries."

And nevertheless the agricultural machinery expert believes in the breakthrough of e-mobility into the world of tractors: "Electric machines offer considerable advantages over a diesel engine, especially in agriculture." Of this the engineer is convinced. "They are much more compact and offer a higher power density. We would like to exploit these advantages to be able to offer more performance with less weight." And in the words of the developer: "That would be a dream come true."